If you ride the bus as a regular or even intermittent means of transportation, then you’ll appreciate how unusual it is for a bus driver to save a dog stranded on the highway.

Deviating from schedule is typically a huge faux pas, given the profound negative effect it can have on passengers’ schedules.

And you’ll appreciate that it’s even rarer for the entire bus load of people to cheer for the delay. But that’s exactly what happened on a commuter bus in Rio de Janeiro, Brazil.

A bus driver, to the applause of all his passengers, stopped to rescue a dog on the highway. 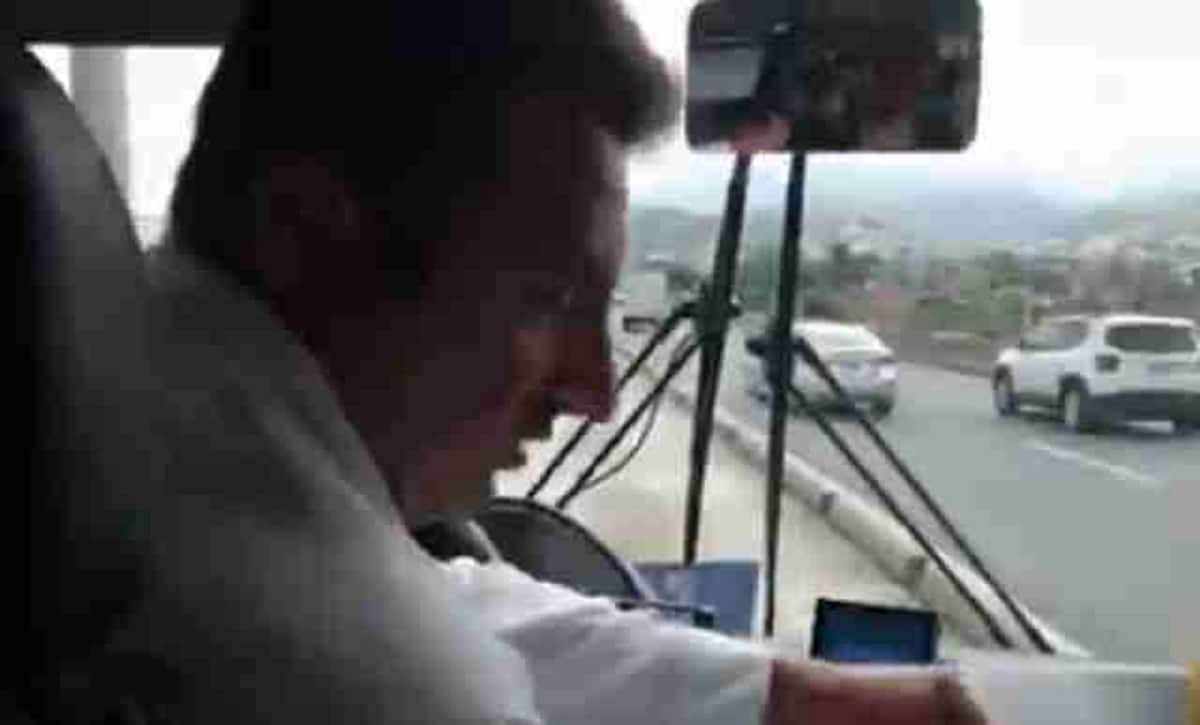 No one is sure how she came to be stranded on the highway. But due to the noise and cars whizzing by, she was terrified and was totally frozen in place.

It was truly a fortunate moment for a bus full of good samaritans to drive by. At first the passengers were confused as to why the bus driver was stopping the bus on a busy highway.

But when they realized what the bus driver was doing, they were happy to be a party to the small act of heroism.

They could see that in between the road dividers, a dog was pacing desperately. The bus driver stopped the bus and used a chain leash to retrieve the dog.

When the driver walked the dog onto the bus, the dog was clearly relieved and grateful. And the passengers were cheering and applauding him. One was even heard shouting, “Thank you, driver!”

It makes me think of a very insightful quote by Gene Hill:

“Nobody can fully understand the meaning of love unless he’s owned a dog. A dog can show you more honest affection with a flick of his tail than a man can gather through a lifetime of handshakes.”

A passenger took his phone out and was able to record the driver’s good deed for the day. Here’s the footage:

If you enjoyed this story, check out this article about a boy named Darius who endangered his own life to save a dog.