A mother’s love knows no boundaries. She’ll do what she can to provide the best life for them. When any one of the children gets sick, she wishes to bear the pain instead, if only it is possible.

Similarly, mother dogs also feel the same way whenever one of their puppies falls ill or becomes injured. Though they cannot tell us how they think through words, their actions and the sounds they produce are enough for us to decipher their true feelings.

Somebody, please help my son!

Animal Aid Unlimited in India got a call one day regarding a severely injured puppy lying on the roadside. The exact nature of its injuries was unknown, but the rescuers quickly rushed to the site. Upon their arrival, they noticed the mother dog continually barking.

One can see in the video how the mother dog desperately calls out to anyone to help her pup — good thing the rescuer quickly assessed the situation. Upon closer inspection, the rescuer saw two severe wounds on the puppy’s neck. Carefully, they lifted the puppy and carried it to the ambulance.

Take care of my baby.

The entire time the rescuer carefully carried her son, mother dog kept a close watch. She wanted to accompany them. However, she needs to take care of four other puppies as well.

Upon their arrival at the center, they promptly cleaned and treated the injured puppy. Due to its injuries, the puppy somehow struggles with walking. However, this did not hinder the rescue team from doing all they can to save him. 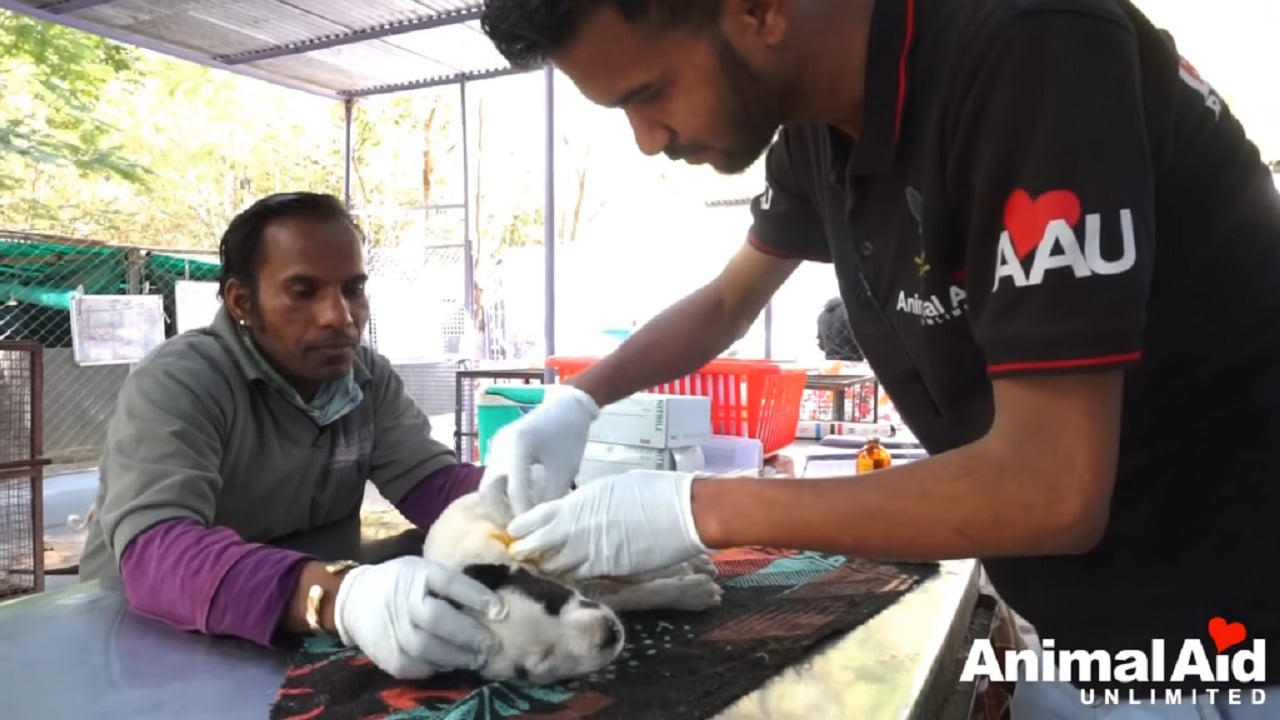 A few days passed, the little puppy they named Toggle, was able to regain his health. The pup now happily walks on his own, mingling with the staff and other dogs in the shelter as well.

Everybody at the center grew to love Toggle. Despite their fondness for the pup, they knew somebody waits for him to come home.

Take a peek at how Toggle and his mother reunited in the video below.